Project Transfer of Technology and Promotion of Demand-Zinc Die Casting first involved assessment of the state of the Indian zinc die casting industry. Technological standards as well as the type, range and quality of outputs were assessed, after which IZA provided information on suggested immediate training needs to improve the quality of existing production as well as indications of the domestic and export market potential. A multi-stage audit protocol was then developed and applied to meet the needs of the Indian zinc die casting industry. The project was completed in three phases.

During first phase a total of 14 Zinc die casting units were selected for the first stage audit. During second phase, out of these 14 units, four were selected for second stage and extensive technological support was rendered to these companies. It found an enthusiastic reception in the four plants that participated in the second stage audit, and these plants have moved ahead in adopting many of the Action Plan items, realizing significant gains in quality and productivity while reducing cost.

The adoption of recommendations developed in this project has resulted in real gains for participating die casters. Participating personnel indicated their satisfaction with project activities during the three general industry workshops held in Aligarh, Mumbai and Delhi.

IZA is committed to promote Indian die casters to maintain the momentum built up in this project and will support them by transferring technology. 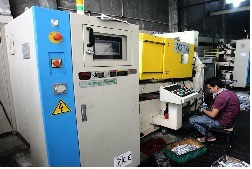 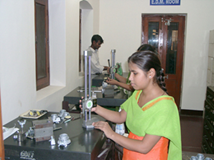 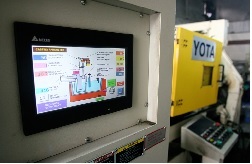 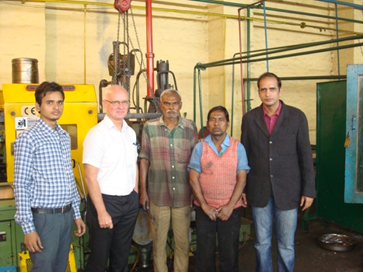